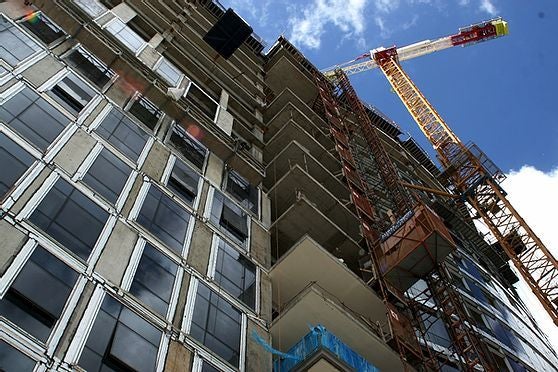 Falling debris continues to be a dangerous hazard at a construction site. Debris can fall several stories, striking pedestrians on the ground below. It is the responsibility of the contractor to ensure that all necessary precautions are taken in order to ensure the safety of all workers. But what about the safety of a pedestrian passerby?

On every construction site, catch platforms must be constructed to serve as a barrier that protects workers and pedestrians from being hit by falling debris. Failure to construct a catch platform can constitute negligence on the part of the contractor.

As reported by the Daily News on March 20, 2015 the city shut down a problem-plagued West Village construction site Wednesday after a wind-whipped piece of plywood killed a pedestrian planning for a July wedding. Tina Nguyen, 37, was chatting on her phone on W. 12th St. when she was reportedly fatally struck by a 4-foot-by-8-foot wooden sheet torn loose from a fence by wind gusts of nearly 40 mph, officials said. The unsuspecting Nguyen was struck by the green-painted board while walking on the sidewalk across the street from the construction site where a luxury 17-story building is going up, cops said.

The New York Post reported, "The piece of plywood was ripped from a security fence across the street from where the woman was walking as high winds swept through the area Tuesday evening." The site, located at 1 Seventh Avenue was reportedly developed by Rodin Management Company and was issued 11 open violations issued between May and November 2014. In August 2014, The NYC Building Department reportedly received a complaint that debris falling from the building struck someone in the head. It has been further reported that the New York City Building Department issued a full stop-work order for the construction site.