The Seatbelt Defense: Seatbelt Law in Light of the Simon Crash

A review of the seat belt law in New York. The importance of wearing your seat belt especially in light of the Fox News report that the driver of the car crash that killed Bob Simon had a 'dead' left arm and 9 license suspensions.

As reported by FoxNews.com on February 13, 2015, and the New York Post, the driver that was operating a livery car in which renowned CBS News journalist Bob Simon was a passenger and killed had nine license suspensions and used one hand on the wheel because of a "dead" left arm from a suicide attempt.

The Fox News report continued as per law enforcement sources that Abdul Reshad Fedah, a 44-year-old Afghan national who lived in a homeless shelter, may have mistakenly hit the gas instead of the brake after sideswiping another car along New York City's West Side Highway Wednesday, while doing 55 mph in a 35 mph zone. Simon, a "60 Minutes" correspondent and veteran war reporter whose career spanned five decades, suffered a broken neck and severe stomach and head trauma. He went into cardiac arrest on the way to Roosevelt Hospital, where he was pronounced dead at approximately 7:20 p.m. The driver Fehadi had a probationary license with the Taxi and Limousine Commission that was suspended pending the probe into the deadly wreck at the time of the accident, according to the Post.

In Spier v. Barker, 35 N.Y.2d at 450, the New York Court of Appeals held that non-use of an available seat belt, and expert testimony in regard thereto, is a factor which the jury may consider in arriving at its determination as to whether the plaintiff exercised due care to mitigate any injury he would likely sustain. The Court of Appeals in Spier ruled that a plaintiff's non- use of seat belts may be considered only in determining damages and that failure to use a seat belt does not constitute contributory negligence. Under the law the burden of proving that non-use of the available seatbelt increased the extent of plaintiff's injuries rests with the defendants.

Oddly enough, there is no provision of the Vehicle and Traffic law that requires back seat adult passengers to wear available seat belts. Vehicle and Traffic Law Section 1229-c states in pertinent part: “ No person shall operate a motor vehicle unless such person is restrained by a safety belt approved by a commissioner New York.

On the issue of damages however failure to wear a seat belt can be met with the affirmative defense of failure to mitigate damages by use of available seat belts. The defendant's insurance company lawyers will however often raise the “seat belt defense” on damages at trial by calling a biomechanical expert to state that the plaintiff would either not have sustained the injuries or death or that the failure to use available seat belts caused a worsening of the injuries.

We don't know if Mr. Simon was wearing his seat belt at the time of the crash or if one was even available for his use. Often times the seatbelts in older livery cars don't function or are tucked under the seat. It would be a sad but common state of affairs if the Simon family sues the livery cab owner for wrongful death and pain and suffering of their beloved husband and father only to meet this challenge of the seat belt law defense. Our hearts go out to the Simon family for their tragic loss. So please wear your seatbelts when getting into a taxi or livery car and document it if there are no available seat belts or perhaps simply get out of the car and take another taxi.

If you have any questions about car accidents, personal injury cases, or the “seat belt law defense “ call me Ed Lemmo Esq. at Lemmo Law at 1-844-335-3666 and I will be happy to answer your questions. 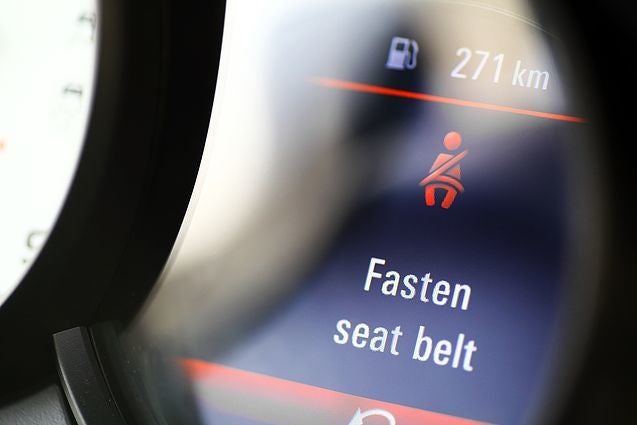