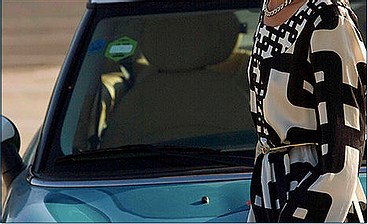 Part of the problem is that the public has been bombarded by the conservative factions of our country calling for “tort reform”. Tort reformer advocates blame the prospect of malpractice suits for the proliferation of “defensive medicine” and thus higher health-care costs in general. Doctors, they argue, prescribe costly tests that patients don't need in order to protect themselves against suits. However, extensive research -- including some done bythe Robert Wood Johnson Foundation, the Congressional Budget Office and the Government Accountability Office -- has shown that tort reform has had no influence on health-care costs.

The problem with the Insurance law section 5102(d) is the difficulty defining “serious injury.” It is not understandable to the average client and too many attorneys. The statute defines “ serious injury” as:

To the average car accident victim, there is confusion in interpreting the legal definition of what is a “significant limitation” or “consequential limitation.” This is one reason why hiring the proper lawyer to represent you is crucial to your case.

Under the definition of a “serious injury”, a fracture qualifies as serious injury because you could see it onan x-ray. You can't see torn meniscus of the knee on an x- ray but a qualified orthopedist or radiologist may be able to see it on an MRI of the knee. You cannot see a herniated disc on an x- ray, but a radiologist may be able to see it on an MRI or perhaps a CT scan of your spine. An MRI and CT scan are objective tests commonly ordered by treating neurologists or orthopedists to find out the cause or diagnosis when a patient has a radiculopathy that does not get better from treatment. A radiculopathy is a fancy word that means that a nerve impingement from a herniated or bulging disc is causing numbness or tingling down your neck or back into your extremities. Your treating doctor or specialist must order the proper tests to objectively qualify and quantify your injury as a “serious injury”. Courts have even demanded in certain cases an injured claimant have “contemporaneous”, “objective” and “quantifiable” evidence of injury.

So what does this all mean to you? I believe it means is that if injured car accident victim goes to litigation- savvy doctors after an accident, they may get well-written reports that document with precision the range of motion losses they might be suffering from and overcome this legal threshold of a “serious injury” requirement of the law. Many doctors will quantify the impairments, writing for instance, that the patient has 45 degrees range of motion in a body movement when 120 degrees is normal.

But for many injured people, it is actually impossible to quantify the loss right after an accident because the mere act of testing is too painful and they can't move the injured spine or shoulder or body part or they don't go to the doctor or hospital right away.

If the treating doctor doesn't write reports in the exacting manner the Court's require, the Court will simply take the case away from the jury and may dismiss it pre-trial. So it is important to go to the doctor or hospital soon after an accident. Have your doctor examine you and perform the necessary tests whether they are x-rays, MRI's or CT scans, and treatment. By having the necessary documentation on loss of motion the requirements of the “serious injury law” may be met. Unfortunately being hurt in an accident that is not your fault is just not enough to recover money anymore.

One of the lead cases in this area of “serious injury” is Licari v. Elliot, 57 N.Y.2d 230. The Court in Licari, stated that the trial court should decide the question of whether the evidence warrants a jury finding that the injury falls within the class of injuries that qualify as a “serious injury”.

The cases law also defines terms of what is a “significant limitation of use of a body function or system”. In Scheer v. Koubek, 70 N.Y.2d 678, 518 N.Y.S.2d 788 (1987), the Court of Appeals held that a mild soft tissue injury from an auto accident with no restriction of plaintiff's mobility is clearly insufficient to make out plaintiff's prima facie case of “serious injury” under Insurance Law §5102. Similarly, the Courts have held that a plaintiff's mere subjective complaints of pain are entirely insufficient to meet the definition of a serious injury under the law.

At Edward A. Lemmo Esq. P.C. and Lemmo Law we believe that it is important for you to retain an attorney who is familiar with the “serious injury” law and is skilled at defeating motions for summary judgment by the insurance company lawyers. We are here to explain to your rights and whether your injuries following an auto accident may qualify under the “serious injury” law in order for you to have a chance of being awarded money damages by a jury. At Lemmo Law we believe that you have the right to know about the law of “serious injury” and how it may affect your rights or whether you qualify to receive a money award for your injuries.